From Gender Expressions in Language to Netflix, ASL, and Morality: Students and Faculty Shine in the 4th Power of Language Conference

This article was written collectively by faculty and staff from the Power of Language Steering Committee.

On Saturday April 10th, Wesleyan hosted its fourth annual The Power of Language (POL) conference. Originally, this conference was spearheaded by Dr. Sole Anatrone (Vassar College), a Visiting Assistant Professor in Italian. The success of the first conference in April 2018 made it clear that POL was an experience to replicate and improve. A second POL conference was organized in Spring 2019 by a committee of faculty, staff, and students, and it was again a great success. The third POL conference, scheduled for April of 2020, was organized, advertised, and ready to start when the changes imposed by the COVID-19 pandemic forced its cancellation. 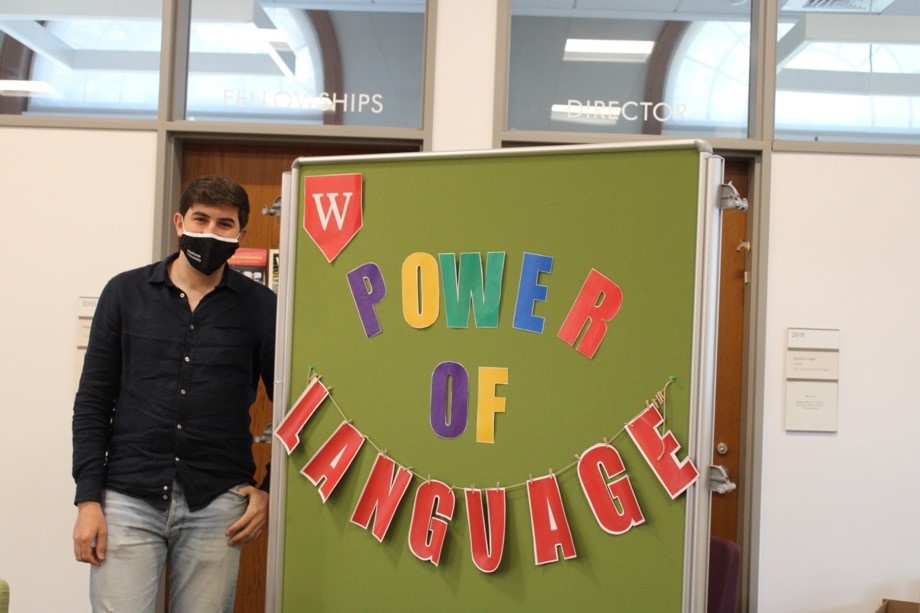 Wesleyan currently hosts 11 Foreign Language Teaching Assistants from various countries, most of whom have carried out their roles remotely this year due to the pandemic. Five of them presented during this year’s POL IV. Yassine Ben Abou (featured in the photo), Arabic FLTA, one of the few able to join us on campus for the Spring semester.

Not giving up hope to continue the tradition of celebrating languages and their power, in October 2020 the remaining members of the steering committee, joined by Natalia Román Alicea, the new Assistant Director of Intercultural and Language Learning, decided to organize the 4th annual POL (POL IV) conference in April 2021 as a hybrid conference, primarily conducted via Zoom with the opportunity for speakers and audiences to attend in-person in Fisk Hall. As in previous iterations, the steering committee is formed by a group of multilingual Wesleyan language students, faculty, and staff–their language diversity reflects Wesleyan’s strength in language offerings, the most among small liberal arts colleges in the United States. 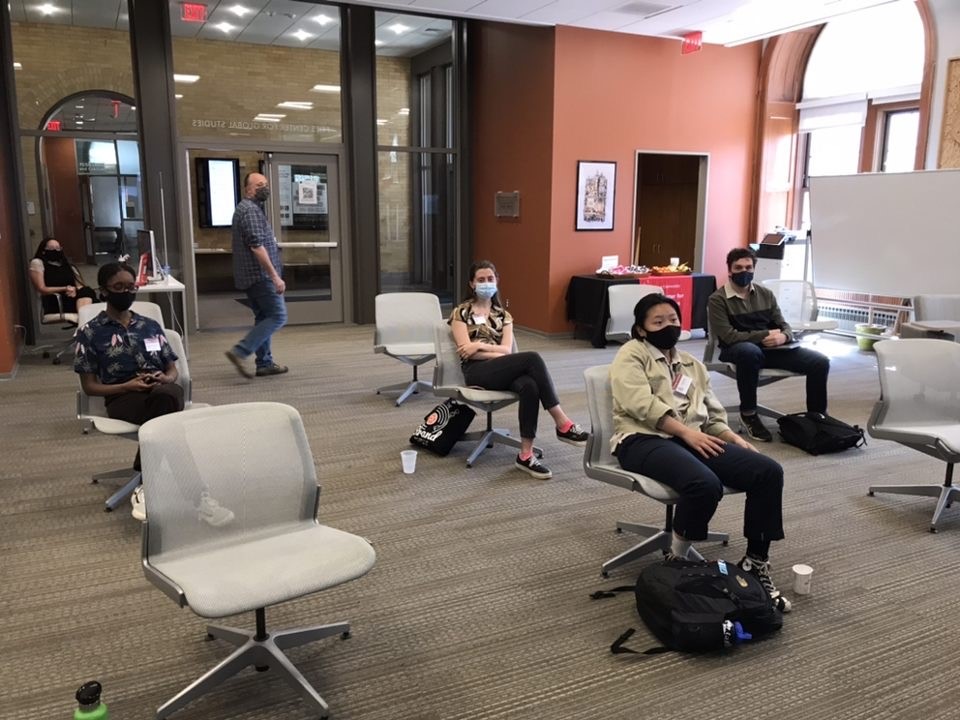 The heart and soul of The Power of Language conferences are the students in the steering committee, who truly embrace their role as organizers and promoters of the conference. Under the supervision of the faculty members and the invaluable assistance of the staff from the Fries Center for Global Studies, students work on every aspect of the conference, from being in charge of every step of communication during preparation stages to moderating panels on the day of the conference. This year’s steering committee features a diverse group of students, ranging from seniors to freshmen – which creates a space of collaboration and cross-pollination of ideas and expertise, and which will hopefully ensure that future POL conferences will also benefit from seasoned expert student organizers. 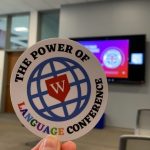 Despite the undeniable fatigue for those who attended strictly via Zoom, POL IV packed a full day of discussions and performances. There were twenty-three presenters, students and faculty, arranged in eight panels. The presentations covered a wide array of topics related to language use, study, and identity. Moreover, the participants represented an impressive diversity of native tongues and languages of interest. Following the model established by the first POL conference, in which proposals are accepted from Wesleyan as well as other institutions, POL IV showcased the most varied group of presenters to date, including speakers from Central Connecticut University, Connecticut College, Trinity College, and Western Washington University. The conference closed with three artistic performances, involving music and poetry in English, Czeck, Tagalog, and Hindi.

While coordinating Zoom and in-person logistics was a unique challenge, these efforts led to an energizing day of presentations and conversations during the periods of question and answers, fueled by an impressive number of attendees (around 40 in some panels, and approximately 45 in Fisk Hall throughout the day). The in-person interaction between sessions was, of course, sorely missed. But this year’s success serves as a great encouragement for the organization of the fifth conference of The Power of Language. So expect a fall announcement, and start thinking of a proposal!

Click here to see a full schedule of the conference The Power of Language IV.

Click here to see recordings of each panel of the conference The Power of Language IV.

Isis Gaddy ’21 who co-presented with Anna Marti ’22. Their presentation What if everyone knew sign language? included a tutorial for the audience on the ASL alphabet and basic greeting signs.

Troy Willis, Connecticut College alumni ’20, who presented on how non-binary communities in Poland can express their gender identity through language. 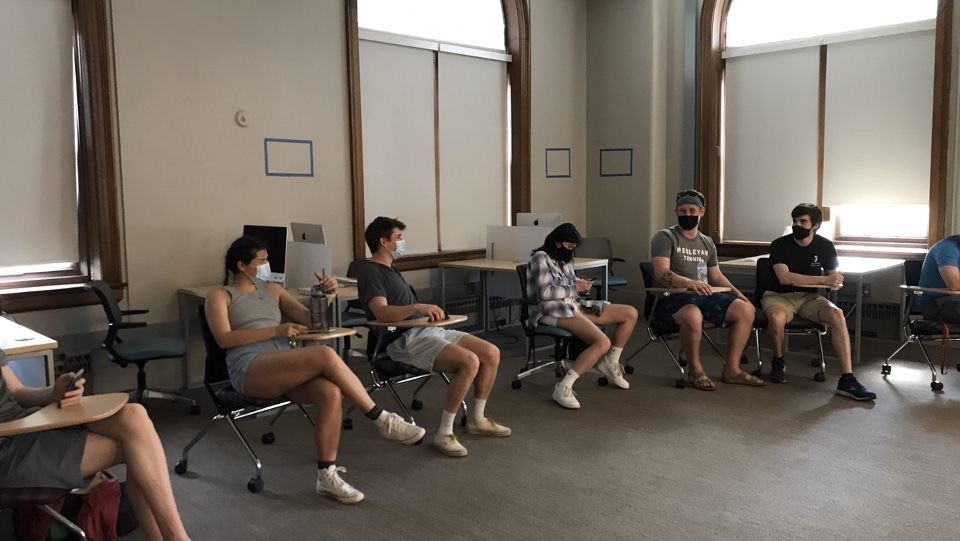 Fourteen students, many of them from the swim team, attended the conference in Fisk 210 to support their team member and POL IV presenter, Kyle McGregor ’24.