Like many American college students, I could not decide what to focus on in college!  My parents were born in Germany during World War II and immigrated to the US as adults.  My father had an engineering degree from Germany, but as a refugee, my mother only managed to complete an eighth-grade education.  I was born in upstate New York, and raised in a multilingual home.  In college, I loved studying languages above all, but I could not settle on a major.  I took courses in German, French, and Spanish but I was also wildly intrigued by languages with different scripts.  I squeezed in Chinese, Hebrew and Greek and crammed in a summer crash course in Italian.  I was discovering new worldviews in each language, and could not get enough.  My father began to panic and insisted I gain what he called a “hard” skill, so I took some economics, and accidentally fell in love with Geology.  I discovered opportunities to engage in social justice, participated in everything I could locally and globally, and ended up in eastern Uganda for a six-month community development internship following my junior year.

In the villages around a hilltop town called Kapchorwa, I was discovering the challenges of subsistence living and decided to study the traditional farming systems of this formerly nomadic community.  If I was going to engage in “development” work, I recognized that I needed to listen first – listen a lot.  I started learning to speak Kubsabiyn and dabbled in Swahili.  In the plantain groves, I was encountering folks who could read the land and the skies with a perception and precision that I could not translate to English.  I’d had enough global exposure as a child to recognize that there were limits to what could be taught in classrooms, and I welcomed the freedom I felt as my previous worldview was shattered by my generous and incredibly friendly hosts.  I found my multicultural background helped me to connect with folks who had different backgrounds than mine.  That ability stood out in the expat community as an asset, and I found myself able to bridge the two communities like a conduit for mutual benefit.  I returned to college for my final senior semester, and invented an interdisciplinary major called “Culture and Development”.  I was proud of its uniqueness and wrote my senior thesis about the forced sedentarization of nomadic herdsmen in East Africa.  It was as hard to write as it was painful, but it clarified concepts of power and privilege for me and gave purpose to my interest in the region.  I wanted to keep being a bridge.  It also opened the door for me to return to Africa as soon as possible via graduate school and the Peace Corps. 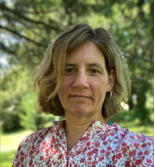 Back then, I often felt insecure about my choices.  They were often controversial and uncommon, but I was too stubborn to give in, and a louder voice inside insisted I keep moving.  So, next stop, a Master’s program in Watershed Management that combined academics with Peace Corps service in Madagascar as an environment volunteer.  I lived in a remote village for two years learning how to live and work in the Malagasy culture and language, while studying water use and promoting environmental conservation and public health among subgroups in my region.  Again, my passion to connect with my hosts stood out, and I became a volunteer leader and then a technical trainer for incoming volunteers.  By then, I had some names and frames for my work – rural appraisal methodology and intercultural competence.

Fast forward a total of four years in Madagascar followed by three years running a cultural immersion program in Costa Rica, I needed a gig back home in the USA where my parents were aging alone.  How could my perspectives and experiences be put to use here at home?  I found my niche in the Center for Global Initiatives at Mount Holyoke College – international education in higher education.  Nearly 20 years and several similar roles later, I was offered my current role here at Wesleyan, in the Fries Center for Global Studies.  I am thrilled to be here, working with students, faculty, staff, and community members to engage with the world, share our perspectives, explore diversity, and explore our individual possibilities as bridges and changemakers.

The Global Engagement Minor, or GEM, is an ideal setting for that exploration.  The GEM allows students to pause and assess their position in the global context before choosing their paths. By practicing cultural self-awareness, students become conscious of the lenses and frames that they see the world through. They recognize how power and privilege determine how we humans perceive and interact with our environments, what opportunities we are offered, and what agency we have to make change.  I’d like to highlight two recent alumni, Cyndi Le ’22 and Shayna Dollinger ’22 who completed the GEM and have generously agreed to share their experiences with us.

My name is Cyndi Le and I graduated last spring as a part of the class of 2022. I majored in Government with a concentration in International Politics, and double minored in the College of East Asian Studies, and of course, Global Engagement.

I think that GEM really complimented my other studies and encouraged me to keep a global perspective throughout my academic career. The minor also helped me to reflect on and understand my positionality, identity, and experiences, and how they’ve impacted my view of the world. I enjoyed being able to share these experiences with the other students in my cohort because we all had such different backgrounds, so having the opportunity to learn from one another and explore our differences in an open and understanding environment was very valuable.The Global Engagement Minor helped me learn how to articulate and communicate my thoughts and experiences, which in turn guided me towards my interest in language accessibility and my current position as the Kim-Frank Multilingual Writing Fellow at the Shapiro Center for Writing. I’m looking forward to being able to take the lessons that I’ve learned and move forward with helping Wesleyan become a campus that is more open to learning, using, and celebrating other languages!

At Wesleyan, I majored in religion and minored in Jewish studies and global engagement. Coming into college, I had grand plans to study abroad in Jordan, Chile, and Nepal. When COVID came along and rendered my long dreamt about study abroad plans impossible, I was defeated. But the Global Engagement Minor allowed me to expand my global and cultural awareness while staying in Connecticut. The GEM minor encouraged me to step out of my comfort zone of Jewish Studies, and learn about religions other than my own. I took classes on Buddhism in Tibet, Vodou in Haiti, Sioux religion in the US, and so much more. But the most powerful part of my time in the GEM minor was the opportunity to take Arabic, a language I had learned to fear over the course of my life. Spending each day immersed in the beauty of the language allowed me to not only move beyond my fear of it but to love Arabic and its study deeply. I am now in my first year of Rabbinic school at the American Jewish University in Los Angeles. My Arabic is coming in handy in my Biblical Hebrew course as I watch how the languages grew from and with one another. When I spend my third year studying in Israel, I will use my GEM language and cultural communication skills to cross religious, political, and cultural boundaries.

Looking back, I see that some folks find their passions on well-worn paths that feel right to many, but others, like me, poke around corners and follow their paths more tentatively, one step, one relationship, at a time.  My unique pathway allowed me to shed light on places and voices that offer great wisdom and insight, but that are not so commonly known on the global stage.  I look forward to supporting all students interested in intercultural learning and to addressing the world’s pressing needs together.