Written by Camilla Zamboni, Assistant Professor of the Practice in Italian 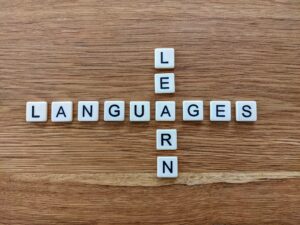 In the past two decades, crowdfunding and renewed interest in games (board games, role-playing games, digital games, and instructional games) have created an increased and diverse gaming production, which has become the subject of several studies, articles, and projects related to all areas of education, from hard sciences to language learning and the arts. In an effort to explore how a game-informed pedagogy can work in various types of courses and to highlight analog and/or digital gaming approaches that have worked inside and outside the classroom, in the spring 2021 semester two courses on Game-Based Learning (GBL) and game design were offered by professor Camilla Zamboni: EDST210/IDEA209, a creative workshop offered in English for students who want to engage in innovative game-based pedagogy and discuss its educational implications; and ITAL220/CGST220, a CLAC course offered in Italian in which students discuss the value of GBL when applied to language learning and create games to learn Italian.

Both these courses were designed as project-based gaming laboratories that focused on why and how games can be effective tools for pedagogy; examples included video games, board games, and role-playing games. Students in both courses discussed the application of gaming principles to various subjects and types of classrooms, and in the second part of the course, they engaged in either adapting an existing game for a specific discipline, or creating original educational games. The courses offered students the opportunity to use pedagogy creatively and to develop critical knowledge within the rising field of Game-Based Learning.

Among all the interesting projects developed by students for EDST210 and ITAL220, two in particular focused on how analog games can be effective tools for language learning. Students first engaged with critical sources ranging from core texts on game-based learning by James Paul Gee and Kurt Squire to more specific volumes such as Jonathon Reinhardt’s Gameful Second and Foreign Language Teaching and Learning: Theory, Research, and Practice, to understand how games can promote and enhance language learning. Students also had the chance to interact personally with Reinhardt, who was invited to speak about his research at Wesleyan in March 2021. Then, over the course of several weeks, students created their own language-learning games as their course final projects, following the same structure: the games were posted online with a short introduction and all necessary materials as pdf attachments, and students created a video to help explain rules and features of their games.

The first game, created in the EDST210 course by Jackson Goldman ’22 and Sofia Liaw ’22, is called “My Dog Ate my Homework” (MDAMH) and was designed to be applicable to any language. The goal of the game is to assemble a short story in five minutes with vocabulary cards (verbs, nouns, adjectives, adverbs) drafted randomly, and then to share stories and elect a favorite one. The vocabulary is provided in English, and the game tests the ability to translate sentences grammatically and conjugate verbs correctly in any target language. MDAMH is timed, so that it can be used in a classroom setting, and it is targeted for intermediate L2 learning. It is adaptable to different vocabulary and thematic units as well as difficulty levels.

The second game, “Frasi Fanatiche” (FF), was created in Italian by Hannah Berman ’21, Dean Bogner ’24, and Casimir Fulleylove-Golob ’22. FF is set in ancient Rome, during Senate debates. Players take on the roles of Roman senators and try to craft the best sentences (frasi) for their speeches. Vocabulary clues (noun and verb cards) are provided randomly and are the same for all players; after creating sentences, students read them aloud and vote on the best one.[1]

Both games were play tested during class time, allowing for feedback from peers and from the instructor. Students also wrote a critical reflection on their games, in which they articulated how they responded to GBL theories and practices, and why they decided to create a language learning game. As they all noted, creating and playing a game creates conditions that are conducive to effective language learning: a more involved, competitive, and fun environment that promotes sharing of knowledge and community-building, as well as creative use of specific linguistic structures and vocabulary.

The students thus invite all students, staff, and faculty who are interested in language learning to click on the links above, test their games, and send feedback to the creators. Game on!

[1] Other games for learning Italian can be found here. In the Fall 2021 semester, Italian speakers and learned will also have the chance to practice such games during organized “Italian Board Game Nights.”