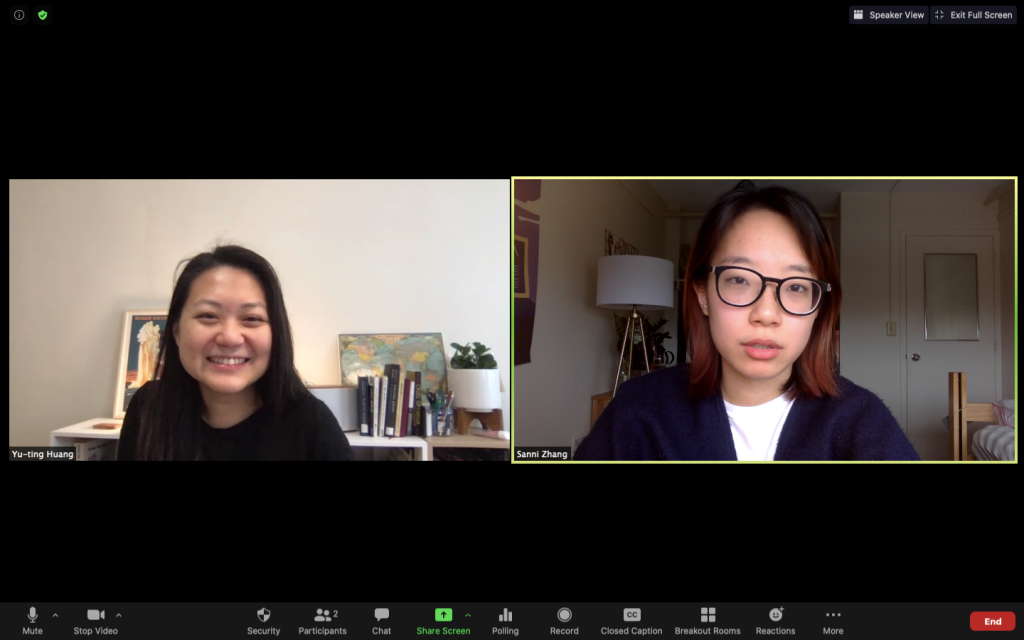 Considering the ongoing racial issues in the States, it’s also essential to think about the language we use to describe them not only in a local context but also in a global context. For this time, we had an interview with Yuting Huang, an assistant professor at the College of East Asian Studies. The conversation starts with how to translate the word “People of Color” into Chinese and goes on. Questions like why translational problems around radicalized terminology matter were also covered in the conversation.

Yu-ting Huang is an assistant professor of Modern Chinese Literature at the College of East Asian Studies. She teaches and researches issues of identity, minority politics, indigenous authorship, settler colonialism, and decolonization in both Chinese- and English-language literature.

In Chinese, how would one translate “people of color”？What are the main differences between these different translations?

There are two popular translations.

The first translation “有色人种” has a more literal meaning- “race of color.” The main problem with this translation is how “race” is never a value-neutral term. Despite the pretense of scientific objectivity when “race” enters western science discourse in the 18th- and 19th-century, the import of scientific racism during the colonial period always carries with it certain moral judgment, and it serves as a justification of conquest and domination of some peoples over others. In this way, the idea of “race,” as invoked by the Chinese term “人种,” necessarily carries with it the implication of hierarchical classification among different peoples by racial differences. The term in Chinese designates more “race” than “people,” and therefore still invoke the former terms’ value. Because of its use of “人种 (race),“ the term “有色人种 (race of color)” could appear a more discriminatory term than “people of color”.

The second version of the translation is “少数族裔”, which means “minority ethnicities.” In China, the Han Chinese is the majority population while non-Han Chinese from other ethnic groups are considered to be “Minority ethnic groups,” which is a commonly used term in reference to the majority-minority relation within the domestic space of China. This second term’s value is more neutral both in the official discourse and common understanding. This version of translation is more equivalent to “people of color” value-wise. And it’s easier for Chinese-speaking people to understand in their local context.

However, the main problem is that neither translation conveys the historical context of the United States in which the term “people of color” emerges. Any word in any language in this world cannot be understood without its context. In the States, the word “people of color” can’t be understood without the history of the social justice movement. It contains the implication of the progress people have made in the social justice movement, the self-empowerment of the racial minority groups, the solidarity between the different racial groups, and so on. Since East Asia has a different history regarding race, although we try to find the perfect translation that has the equal meaning of the words, it can’t be fully understood without the knowledge of history.

Why is the conversation about terminologies of race in different languages important?

There is racism in all sorts of contexts. For example, colonization and slavery can be two different contexts even though they are related. It requires careful consideration when we consider racial dynamics in different contexts. It is useful to diversify our understanding of “race,” “racialization,” and “race relation,” and see that “race” or “racialized difference” is constructed in different ways in different contexts. An important concept in race and ethnicity studies, as explicated famously by sociologies Michael Omi and Howard Winant, is that race is a social construction, and its form changes in response to different social dynamics and political arrangements. Thinking of race in this way, it is inevitable to think that race would look and function differently at different times and spaces, which leads to different translations of terminologies related to it.

Do you think the discussion on how to translate inhibits the potential opportunities to developing new words under the local context?

We may miss the opportunity to talk about how the same word can be different in our own context if we translate the word directly instead of developing a new word. But developing a new word in a language takes a lot of time and work. Language is always a social phenomenon. What word you use, and how people would understand you are equally important in language use.

However, having discussions about the translation problem like this is already meaningful and important as a starting point. Thinking about how to translate terminology of race requires a mutual understanding of both the history and context behind two languages. It also provokes further discussion on the topic. Considerations about translation propel people to learn about the points of convergences and differences between societies and their histories, and it could lead to fruitful discussions about race and racial justice in both contexts.