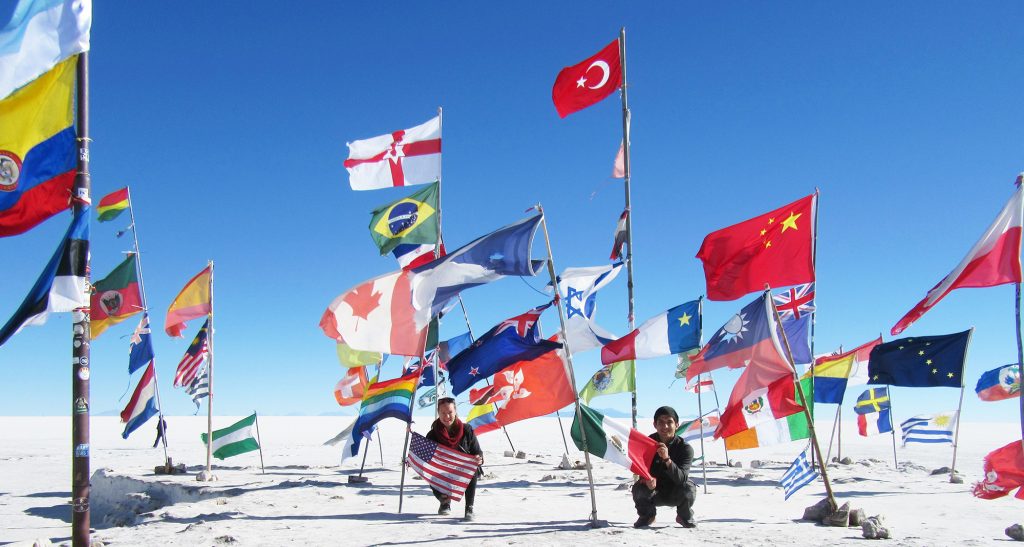 Submitted by Amélie Clémot, ’17​
Location: Bolivia
“I studied abroad in Chile, but Chileans were not the only people who had a major impact on my experience. Within the first month of my program, I met international friends who remain some of my closest friends to this day from Mexico, France, Denmark, and Italy. I experienced and adjusted to my host country with my international friends by my side. We talked through and compared experiences both of our home countries and of our Chilean adventures. Throughout my semester, not only did I learn more about myself and of Chile but also of whole other parts of the world that I have never even been to! This picture was taken in the Salar de Uyuni in Bolivia, a trip I took in early July with some of my international friends [pictured here: Miguel Alfaro from Mexico].” 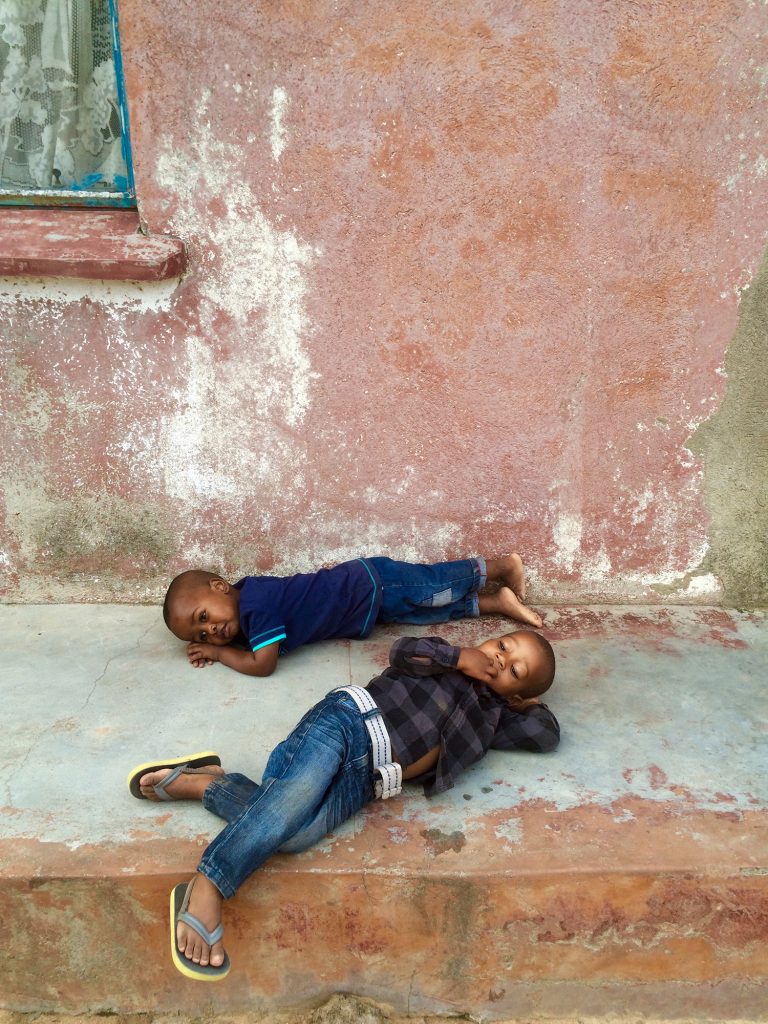 Submitted by Laura McIntyre, ’18
​Location: South Africa.
“The support I felt from my host family was unparalleled, and the closeness I felt to the community – walking home and finding 20 children waiting for me to come to play outside, for example – was astounding. We became close enough that I was privy to the family’s moments of both relaxation and despair. Zalo and Diego were the closest I’ve come to having little brothers to tend to and take care of. I was extremely grateful for the responsibility I assumed for them.” 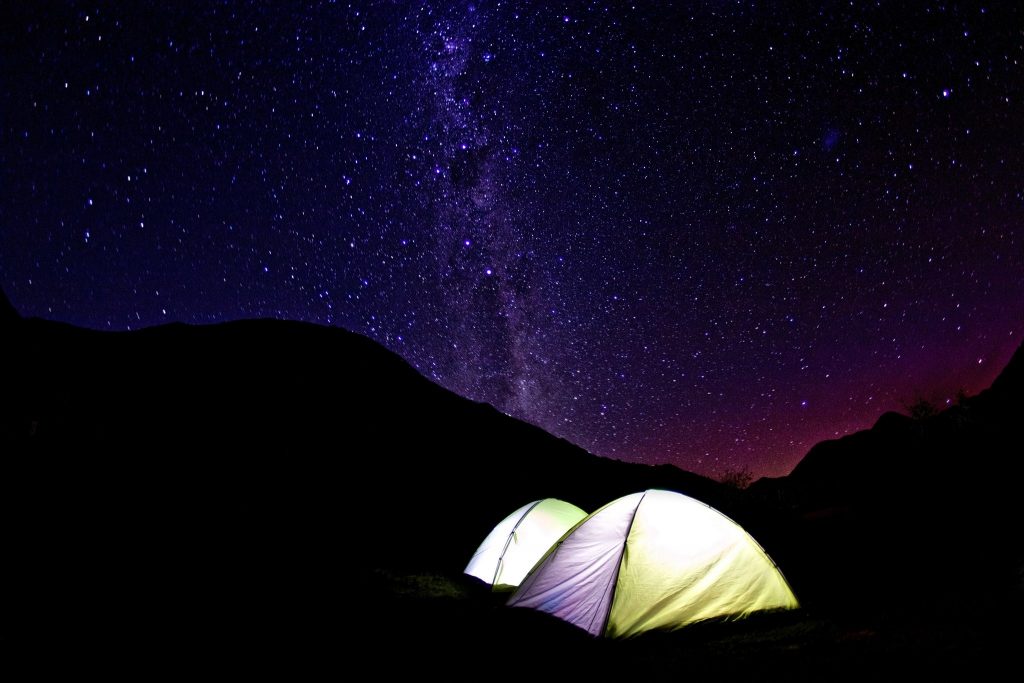 Submitted by Heidi Westerman, ’18
​Location: New Zealand
“That night four of my friends (Kirsten, Mel, Jo, and Caroline) and I brought our sleeping bags outside our tents while it was freezing so that Kirsten and I could work on taking star pictures. This photo represents encompasses my life abroad where I spent almost every weekend traveling, camping, and seeing some of the most breathtaking views with amazing people.”

Submitted by Ari Markowitz, ’16
Location: New Zealand
“My first visit to a glacial lake was no letdown. Wanaka, New Zealand is located at the eastern end of the beautiful Lake Wanaka. It is fed by the Southern Alps that surround the western portion of the long lake. The incredible view from across this turquoise-blue lake, the vibrant, but the small community, and the easy access to nature and adventure easily made Wanaka Village one of my favorite locations in New Zealand. That day, a friend and I had woken up early for a bit of spring skiing at the nearby ski field Treble Cone, but I had insisted on exploring around the waterfront before we left, after all, it was our first morning in town. In the early morning light we walked down to the lake and found that the water was still, and the air clear, all the way to the snow-peaked mountains across the water. Only a short walk from town, along the pebbled lake-shore, was this breathtaking view: a lonely tree, half-submerged, standing leafless, but not dead, in the middle of the lake. It appeared stark, yet poised; in utter defiance of its unseemly situation, its existence fed only by the grandiose of its surroundings. Such a privilege it was to stand there that quiet morning, and feel me once again, humbled by the natural world.” 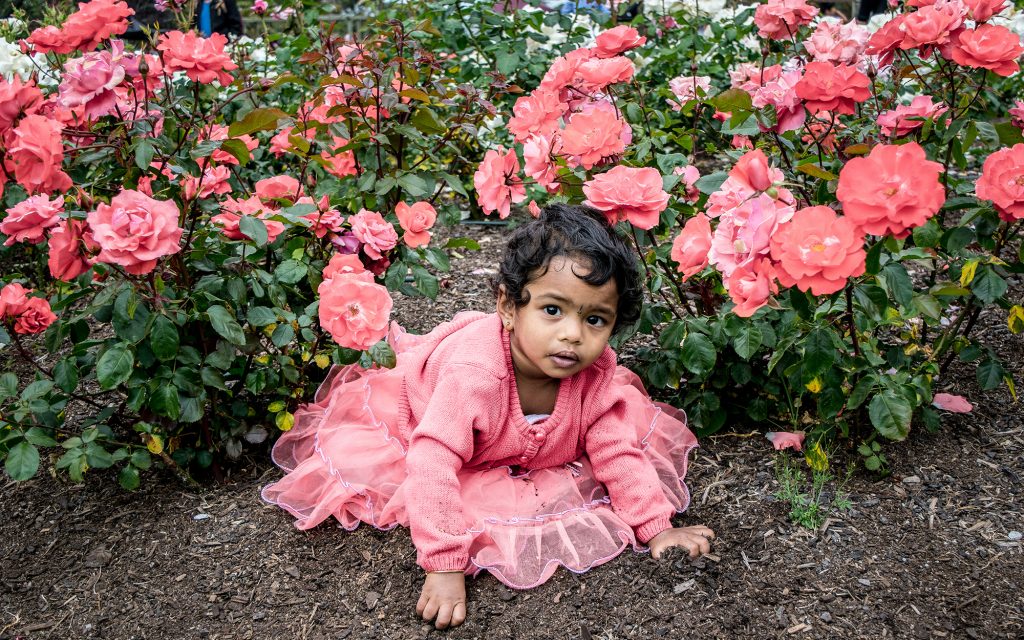 “Amidst the bustle and activity of the Parnell Festival of Roses sat this beautiful child, observing in wonder the aromatic flowers around her. As I passed by, this extraordinary scene caught my eye. A proud mother, clearly excited to share her daughter’s radiance invited, “would you like to take a picture?” Surprised, and rather honored, I accepted. At that moment I could hardly believe how much she resembled a young beautiful rose. I remember wondering if the young girl imagined that she was a flower herself.” 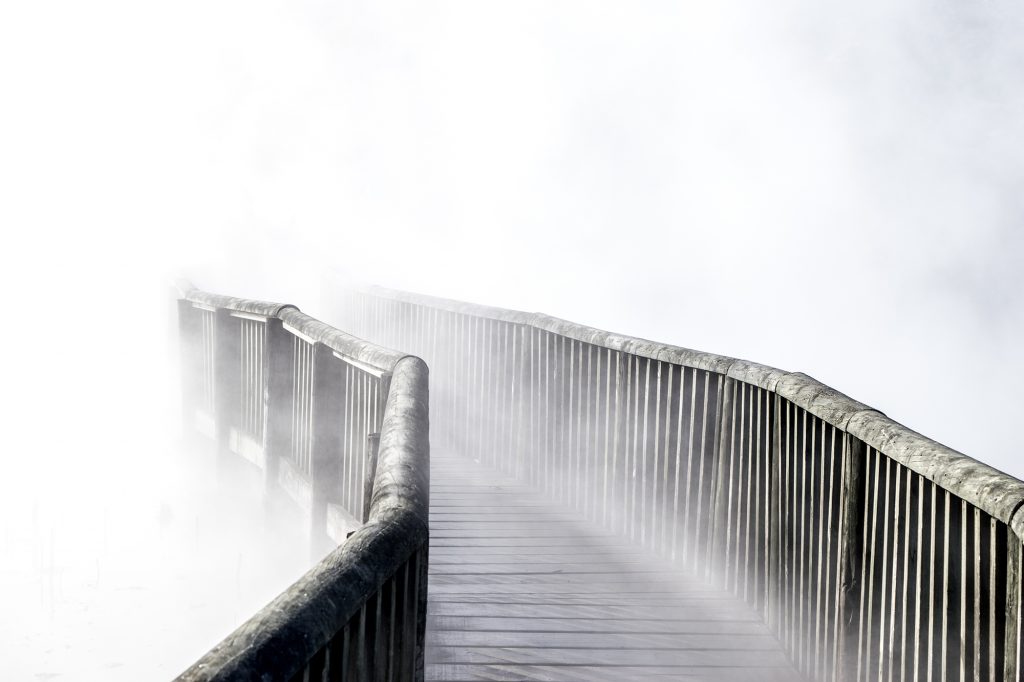 “On an IFSA-Butler sponsored trip to the adventure capital of the North Island, Rotorua, I found myself standing alone on this serene bridge. The sulfuric fog rising from the boiling pond below felt oddly metaphoric for my experiences in New Zealand thus far. Every new opportunity that I confronted seemed to be shrouded by a fog of the unknown. The trepidation and uncertainty that I had felt were always coupled with and overpowered by the exhilaration of the New. At this moment, staring in awe at this incredible scene, I was eager to jump through what I did not know, and continue on to my next unforgettable experience.”